PBH has curated resources to help you stay safe and healthy during Coronavirus (COVID-19). 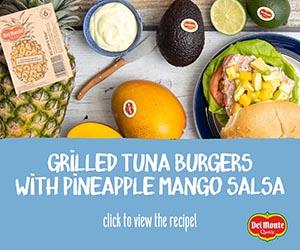 Joshua Thomas, the former executive sous chef at my restaurant, Dévi, first made this egg roast for me one New Year’s Eve. It has been a Christmas Day tradition in his family since he was a child. The key is lots of onions thinly sliced and slowly cooked until they melt into one another, becoming sticky sweet and deeply flavorful. The eggs are hard-boiled and then cooked in the onions along with tomato and plenty of spices, creating a dish that instantly transported me to the coastal canals of Kerala in southwest India. I have made it dozens of times since then and it never fails to please. Do take the effort to grind the finishing powder in a mortar and pestle just before serving—you will be amply rewarded.

Heat the oil with the curry leaves, cloves, bay leaves, cardamom, cinnamon stick, and cumin seeds in a large heavy-bottomed pot over medium-high heat until the cinnamon begins to unfurl, 2 to 3 minutes, stirring often so the cumin seeds don’t burn. Stir in the ginger and cook until it becomes sticky and fragrant, about 1 minute. Add the onions and turmeric, reduce the heat to low, and cook the onions, stirring occasionally, until they are deeply browned and caramelized, 15 to 20 minutes. If they start to stick to the bottom of the pot or get too dark, splash the pan with a few tablespoons of water and stir up the sticky bits at the bottom of the pot.

While the onions caramelize, grind the fennel seeds and peppercorns into a fine powder using a mortar and pestle or spice grinder (if using a spice grinder, you may need to double the amount so that the spices get finely ground).

Add the hard-boiled eggs to the onions and gently roll them to coat with the onion mixture. Fry the eggs until a light brown skin forms, 2 to 3 minutes. Stir the tomato into the pot and cook, stirring occasionally, until the tomato juices have evaporated and the onions look jammy, 4 to 6 minutes. Stir in the cilantro/fresh coriander, cook for 1 minute, and then stir in the fennel-peppercorn powder. Serve immediately.