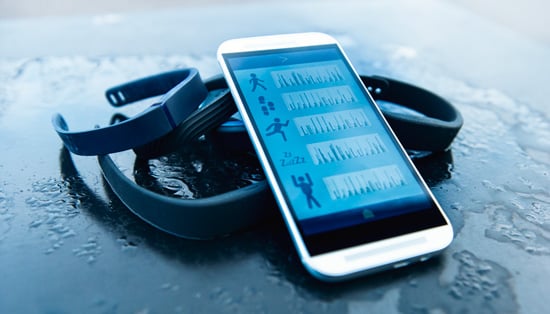 Recent research, conducted at the University of Pittsburg and published in the Journal of the American Medical Association, sought to better understand the impact of wearable technology on weight loss efforts. The study included 470 young men and women between the ages of 18-35, all of whom were in good health but overweight or obese and looking to lose weight.

The study lasted for a full 24 months, with the first 6 months consisting of behavioral weight loss intervention. After the initial 6 months, participants began receiving telephone counseling sessions, text message prompts and access to educational materials on a website. At the 6-month mark participants were divided into two groups, with one group receiving standard weight loss intervention, which consisted of behavioral modification, including diet and physical activity modification. The other group was provided with and encouraged to use wearable technology that provided feedback on energy expenditure (calories burned) and physical activity. We’ll refer to the standard intervention group as “standard” and technology enhanced group as “enhanced” group.

To increase physical activity to aid weight loss, both groups were prescribed moderate-to-vigorous physical activity (MVPA) of 100 minutes per week, gradually increasing to 300 minutes a week by the end of the study. During months 1-6, both groups were instructed to self-monitor MVPA in a diary, collected at the end of each week by the research team. During months 7-24, the standard group self-reported their MVPA on a website. The enhanced group self-monitored their MVPA and were not required to record their daily and weekly MVPA. Every 6 months, researchers measured participants’ weight and weight loss, body composition, cardiorespiratory fitness, physical activity and diet.

The use of wearable technology was not effective in helping participants sustain long-term weight loss. At 6 months, both groups had shed similar amounts of weight: the standard group lost an average of 18.9 lbs., and the enhancement group 17.2 lbs. All participants lost a substantial amount of weight at the beginning of the study, which is no small feat! However, the standard group faired significantly better at sustaining that weight loss than the enhanced group. If the enhancement group had more information on their calorie expenditure and physical activity, how could these participants lose less weight?

There are several reasons why the activity tracker may not have contributed to sustained weight loss. Firstly, those wearing the trackers could have been inspired to be much more active than usual, causing a spike in appetite, causing overeating and cancelling out any potential weight loss gains. Alternatively, if participants realized midway through the day that they were very far from their daily physical activity goal (such as steps per day, miles walked, or calories burned), they may have felt defeated and given up for the day. The result would be lower calorie expenditure on days when participants felt defeated or unmotivated to reach their goals. Finally, participants may have felt less responsibility for monitoring their caloric intake. Focusing mainly on the activity tracker may have led participants to forget about healthful eating behaviors, leading to overeating.

Little research has been done to evaluate the effectiveness of wearable technology on weight loss efforts. This is important to note for anyone currently using or considering purchasing a fitness tracker. Athletes and non-athletes alike have taken to wearing fitness trackers to increase health and wellness efforts, lose weight, increase physical activity and train for events.

This study highlights the foundational truth of weight loss: nutrition is the fundamental element of any successful, sustainable weight loss effort. Physical activity aids weight loss and helps maintain weight loss long-term. For anyone looking to lose weight or maintain a healthy weight, the focus should be on consuming whole foods and limiting processed foods.