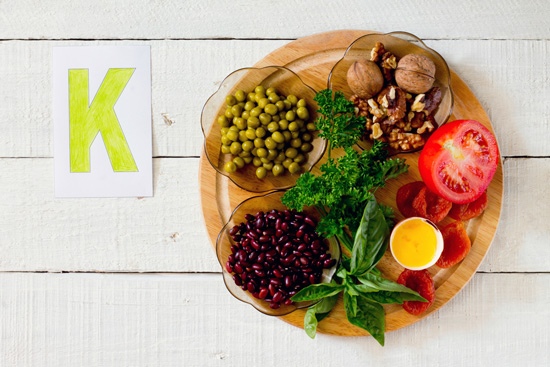 Get ready to add almonds, bananas, artichokes, and broccoli to your grocery list, because these foods and other high potassium foods have been shown to lower women’s risk of stroke and overall mortality.

Did you know that stroke is the third leading cause of death in American women?1 Were you aware that one in five American women will have a stroke at some point in her life?1 Each year in the United States, about 795,000 people have a stroke – this means that roughly every 40 seconds someone in the US has a stroke.2 Because women live longer than men, their chances of having a stroke are increased, and as a result roughly 55,000 more strokes occur in women than men each year.2

There are two different kinds of strokes – ischemic and hemorrhagic. Ischemic strokes are caused by the blockage of a blood vessel that supplies blood to the brain.3 There are two types of ischemic strokes – embolic and thrombotic. Embolic strokes occur when a blood clot or plaque form somewhere in the body and travel to the brain.4 The clot lodges itself in a blood vessel, blocking blood flow to the brain, causing a stroke. Thrombotic strokes are caused by a blood clot that develops in the arteries supplying blood to the brain, causing a blockage of blood flow to the brain. Both types of strokes ultimately cause blood to stop flowing to the brain, causing brain cells and tissue to die within minutes due to the lack of oxygen and nutrients supplied by the blood. Hemorrhagic strokes result from a weakened blood vessel in the brain that ruptures and bleeds into the surrounding brain tissue.5 The bleeding causes swelling and pressure, which damages brain cells and tissue. Hemorrhagic strokes account for only 13% of strokes, but result in 40% of all stroke deaths.5

Ischemic strokes account for 87% of all strokes. Ischemic strokes are usually seen in individuals that have high blood pressure, high cholesterol and atherosclerosis, a disease where plaque builds up in the arteries.6 The plaque results from a buildup of fat, cholesterol and other substances that collect in the arteries and limit and block the blood flow to the heart and other important organs, such as the brain. Strokes are a serious medical emergency and can result in long-term complications and death. Complications include paralysis, loss of muscle movement, difficulty talking or swallowing, memory loss, thinking difficulties, depression and pain.7

Fortunately, there are many preventative measures a person can take to reduce the risk of stroke. High blood pressure is the leading cause of stroke, and about 75% of Americans who have a stroke have high blood pressure. High blood pressure puts stress on blood vessels, causing cuts and tears. As these tears heal, scar tissue forms, trapping plaque and creating blockages that can cause a stroke.8 Leading a healthy lifestyle that includes a balanced diet, keeping blood sugar levels within a healthy range, regular physical activity, maintaining a healthy weight and abstaining from cigarette smoking are some of the most effective steps a person can take to limit their risk of high blood pressure and stroke. Other factors that influence the risk of stroke are beyond a person’s control, such as age, heredity, race, and sex.

Evidence from previous studies suggests that higher dietary potassium intake is associated with a reduced risk of stroke, and the purpose of a recent study was to evaluate the validity of these claims.9 This particular study followed 90,137 postmenopausal women ages 50-79 for roughly 11 years. Women with a history of stroke were not included in the study. To evaluate diet, participants were asked questions on the types of foods consumed and how these foods were prepared. Stroke was identified through self-report, and once reported, the researchers obtained a participant’s medical records to determine if a stroke had taken place. Information on age, ethnicity and physical activity were also collected. Physical activity was assessed using information on frequency, duration and intensity of the activity.

The study found that women who were African American, current smokers and nondrinkers of alcohol had lower potassium intake. Women who reported two or more episodes of recreational physical activity a week consumed more dietary potassium than women who had limited or no physical activity. It’s likely that women who exercise more regularly consume healthier diets, and as a result have higher potassium intake. The study found that women that did not have high blood pressure benefited the most from consuming a high potassium diet – these women had a 21% lower risk of overall stroke, with a 27% reduction of ischemic stroke risk. Women with high blood pressure had lower overall mortality risk, but did not experience a reduction in stroke risk.

There are two main takeaways from this study: First, it’s best to avoid high blood pressure and atherosclerosis before they cause a potentially life-threatening stroke. Because women with hypertension who consumed higher levels of dietary potassium did not have a lower risk of stroke, this study shows that high potassium intake benefits individuals most significantly before hypertension develops. Researchers speculate that dietary potassium prevents arterial stiffness, called arteriosclerosis. When arteries become stiff and narrow, the chances of a blood clot become much higher, which can lead to a stroke.10

The second takeaway is that consuming potassium, even below recommended levels, is protective against stroke, especially ischemic stroke. Fruits and vegetables, whether fresh, frozen, dried, canned, or 100% juice, all contain dietary potassium. As always, aim to fill half your plate with fruits and veggies at every meal. Some produce you probably already enjoy, such as dried apricots, bananas, broccoli, cherries, chickpeas, lentils, lima beans, sweet potatoes and tomatoes, are all particularly high in potassium, containing 350 to 700 mg per serving.

About The Buzz: Eat 10 Servings of Fruits & Vegetables Per Day?

About The Buzz: Eating Fruits and Veggies Helps to Lower Blood Pressure?