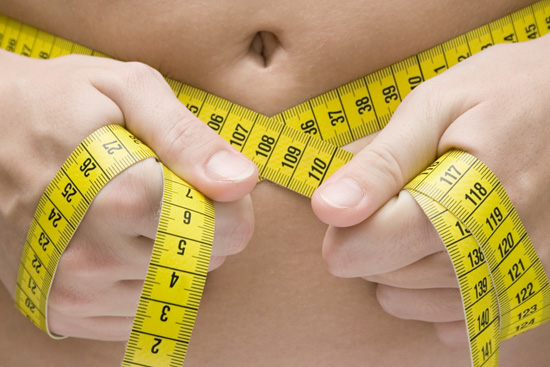 Adult women whose parents made frequent comments on their food intake and weight in childhood are more likely to be dissatisfied with their adult weight.

Parental modeling plays a major role of a child’s perception of themselves and the world around them. Positive modeling, whether in the form of demonstrating positive habits or making positive comments on a behavior, can have lasting influence on a child that continue into adulthood. It’s important for parents to introduce children to a wide variety of fruits and vegetables during early childhood through modeling. In doing so, parents can enable young children to establish a fondness for healthful foods early on. Parental comments on food intake and weight influence a child’s perception of themselves, either positively or negatively. Until recently, however, it was unclear how strongly parental comments on weight and eating habits influenced a woman’s perception of her weight and body satisfaction later in life.

To explore the influence of parental comments made during childhood on women’s body satisfaction in adulthood, researchers asked women to recall the general comments her parents made on weight and amount of food eaten as a child. The study included 500 women who were 26.8 years old, on average. Average weight was defined using body mass index (BMI), a tool used to determine a person’s fat to muscle ratio. Using BMI, normal weight is defined as having a BMI of 18.5-24.9, overweight is a BMI of 25.0-29.9 and obesity is defined by having a BMI of 30.0 or greater. The average BMI of women in this study was 25.96. Women were asked questions regarding their parents’ comments on their weight as well as the amount of food that was eaten. Finally, to determine body weight satisfaction, the women were asked how many pounds they would need to lose in order to be satisfied with their weight and happy with their bodies.

Overall, daughters whose parents did not comment on their weight and food intake were more likely to be happy with their weight as adults and reported greater overall satisfaction with their bodies. Adult women who were of a normal weight recalled their parents being less worried with their own weight. However, even amongst women of normal weight, if a woman recalled her parents making comments about her weight, she was 8.2-lbs more dissatisfied with her weight than a similar woman who did not recall her parents making comments about her weight.

While it’s important for parents to encourage healthy eating behavior early, this study demonstrated that preoccupation with a child’s weight could have negative effects on body satisfaction and even body weight later in life. Rather than becoming fixated on weight, parents should focus on encouraging children to try new foods and eat a wide array of fruits and vegetables. If you feel concerned over your child’s weight, be sure to discuss your concern with a pediatrician before modifying their diet or restricting food intake or calories. Remember to encourage daily physical activity – aim for 60 minutes each day! – and limit screen time. During the summer, children tend to be less active, so be sure to encourage active play every day. Overall, the best way to encourage your child to eat well and move often is to show them the ropes by doing so yourself!

8 Ways to Stay Healthy and Active