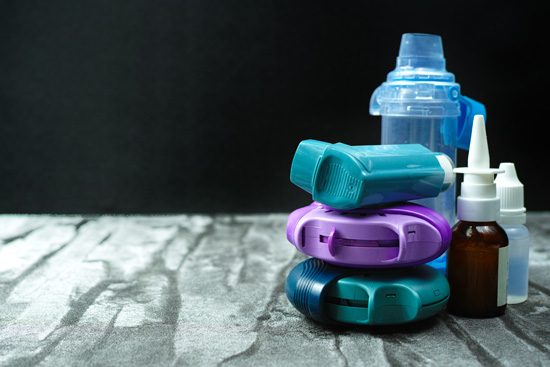 Recent research, disseminated at the American College of Allergy, Asthma & Immunology 2016 Annual Scientific Meeting, explored the link between place of residence and risk of asthma in children. The purpose of the study was to better understand how proximity to healthy foods in urban settings increases or decreases a child’s likelihood of developing asthma.

The study included 2,043 children between the ages of 6 and 18 residing in the area of Hampton Roads, Virginia.1 Researchers examined the charts from the children’s regular check-up visits between January 1, 2014 and March 31, 2015. Using the United States Department of Agriculture’s (USDA) Food Access Research Atlas too, the researchers were able to determine food desert status for each child. The USDA defines a “food desert” as a low-income census tract where a large percentage of the residents have low access to a supermarket or large grocery store.2 A low-income census tract is characterized by 20% or more of the tract’s residents have income at or below the federal poverty levels for family size, or where the median family income for the tract is at or below 80% of the surrounding area’s median family income.2 “Low access” tracts mean than at least 500 people or 33% of the tract’s population live more than a mile from a supermarket or large grocery store. Based on these definitions of low-income and low-access, about 10% of the United State’s 65,000 census tracts meet the criteria for a food desert – that’s about 13.5 million people who have low access to a grocery store.2

There are several leading factors that influence the likelihood of a child developing asthma. Factors include exposure to tobacco smoke, previous allergic reactions, family history of asthma, living in an urban area with increased exposure to air pollution, obesity, respiratory conditions, heartburn, being male and being black.3 The link between fruit and vegetable consumption is not entirely clear. However, it’s been hypothesized that the antioxidant properties found in fruits and vegetables, such as vitamin C and beta-carotene (a form of vitamin A) are protective against asthma due to their positive effects on lung functioning.

If you live in an area that does not have a grocery store close by, you understand how challenging it can be to ensure that the household is stocked with fruits and veggies. Buying groceries can mean long rides on several buses, trains or trolleys or long walks with heavy bags. Alternatively, it can mean costly taxi rides or long drives to and from the grocery store if you reside in a rural area. To ensure you and your family are filling half your plates with fruits and veggies at every meal, check out these grocery store shopper suggestions below.