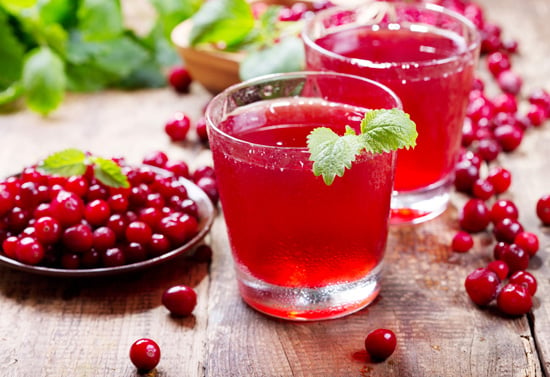 TheBUZZ Drinking Cranberry Juice Can Reduce the Risk of UTIs?

A recent study, published in the American Journal of Clinical Nutrition found that cranberry juice reduces the risk of additional urinary tract infections (UTIs) in women who had recently had a UTI.1

Over the course of a lifetime, 60% of women will have at least one UTI. A UTI is a bacterial infection of the urinary tract and affects both men and women, although many more women develop UTIs than men because a woman’s urethra is much shorter than a man’s, making it much easier for infection to travel from the urethra to the bladder. Unfortunately, 1 in 5 women will experience a second UTI. There are also women who are plagued by repeated UTIs.

UTIs are very painful, causing frequent and burning urination that must be treated by antibiotics immediately when symptoms occur. Symptoms of UTI include a burning feeling during urination, an intense need to urinate frequently, pain in the lower back or abdomen, exhaustion, fever and chills. In addition, a person’s urine may appear dark, cloudy and possibly bloody. It’s very important to treat symptoms with antibiotics immediately because the infection travels quickly and can move from the urethra to the bladder and then to the kidneys and cause kidney damage.

There are several ways to prevent UTIs, including wiping from the front to back after using the bathroom, drinking lots of fluids, washing the genital area every day, emptying the bladder before and after having sex and going to the bathroom as soon as you can when you need to urinate.2

Unfortunately some individuals are prone to UTIs and experience this type of infection many times over the course of their lifetimes, regardless of any measures taken to prevent UTIs. There may be hope in cranberry juice for these individuals.

Cranberry juice has long been thought to be a strategy for preventing UTIs, but studies always lacked statistical power to provide definitive results — until now. In order to establish a clearer understanding of cranberries and UTIs, researchers explored the connection between the two in a clinical research study. The study included women who had recently been diagnosed with a UTI and took place from 2013 to 2015. Women in the study were asked to consume 8 oz. of a low calorie 27% juice cranberry juice or an imitation beverage that looked, smelled and tasted exactly like cranberry juice for 24 weeks. The women were 40 years old, on average, and had a history of multiple UTIs.

Participating in the study required 5 clinic visits and 9 telephone contacts at weeks 2, 4, 6, 10, 12, 14, 18, 20, and 22. The frequency of contact was designed to improve study compliance by regularly reminding study participants to record data in their daily diaries.1 The diaries were used to record the subjects’ consumption of their given cranberry beverage as well as any symptoms of a UTI. Any UTIs that occurred throughout the course of the study were self-diagnosed but confirmed by a physician during the clinic check-in through symptomatic evaluations. In addition, compliance was assessed by requiring subjects to return all unused bottles the juices to the clinic during check-ins.

If you’re an individual who has suffered through repeated UTIs, this study demonstrates that drinking cranberry juice can help lessen the likelihood of developing another UTI in the future. So, drink up!