America’s fruit and vegetable consumption is eroding over time. We must act NOW to reverse this trend.
Learn More
Log In Sign Up
About the expert

Move over meat. Eggplant has taken the stage. As a long-time vegetarian, I am always looking for plant-based alternatives that mimic the same meaty, savory texture that meat provides. While I love the usual suspects: lentils, beans, and tofu, my favorite meat substitutes are actually vegetables: mushrooms and eggplant! Whether you are a vegetarian or an everyday omnivore, swapping in vegetables instead of meat is a great way to increase your fiber intake. If you still need convincing, it’s important to know that vegetable choices are cholesterol free and tend to be lower in both calories and fat.

Let’s set the record straight. Eggplant can do more than just eggplant parmigiana! It has a rich, meaty taste and is really versatile. You can prepare it using several methods including stir-frying, grilled, broiling, baking and roasting.

How To Stir-Fry Eggplant

How To Grill Eggplant

How To Bake Eggplant 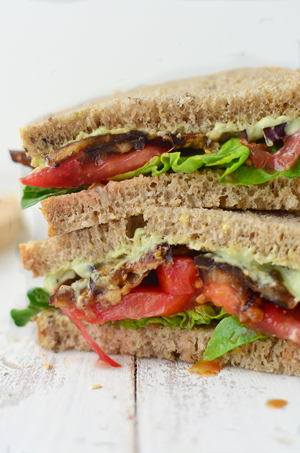 Cover and marinade for 30 minutes.

Heat a skillet over medium-high heat and add 1-2 tsp. oil. Place eggplant rounds in a single layer and cook for 5 minutes.

Flip, add ⅛ cup marinade and cook another 3-5 minutes until marinade is evaporated.

Continue with the rest of the eggplant slices.

Divide the eggplant bacon, lettuce, avocado slices and tomato among 4 slices of bread.

Top with remaining bread and eat. 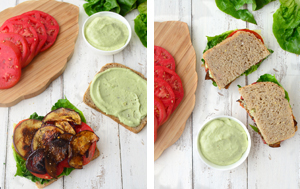