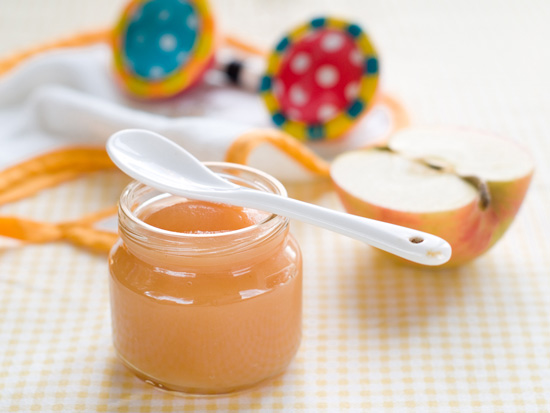 A recent study set out to gain a better understanding of early childhood eating patterns, in addition to raising awareness of the increasing need for more robust efforts to support parents in helping their babies “build an authentic, joyful relationship with real food.” Findings from the study reveal that babies are consuming too much sugar and sodium and not enough fruits, vegetables and whole grains as they transition from infancy into toddlerhood

It’s critical that infants receive the nutrients they need to grow into strong toddlers, children, adolescents and ultimately, adults. The dietary habits established in infancy pave the way for similar dietary preferences and tendencies into childhood and adulthood. Many American infants are not adequately nourished, according to this recent study conducted by one of the country’s leading baby food makers.1

Data for the study was derived from the National Health and Nutrition Examination Survey (NHANES), conducted by the Centers for Disease Control and Prevention (CDC). NHANES studies are designed to assess the health and nutritional status of children and adults in the United States.2 NHANES survey data from 2001 through 2012 were analyzed for food and beverage consumption in babies 0-24 months of age.

The study showed from 0-6 months, infants were not introduced to any solid foods and consumed formula or breast milk. During the 6-8 month timeframe, infants’ intake of fruits, vegetables and whole grains increased as they were gradually introduced to baby foods. It was during this 6-8 month window that infants had the highest consumption fruits, vegetables and whole grains. This is not surprising, since pureed baby foods largely consist of pureed fruits and vegetables. The study showed that infants transition from baby food to whole food (or from pureed foods to solid food) around nine months.

It is in this transition period that an infant’s dietary quality decreases. As infants were introduced to whole, solid foods, there was a significant increase in the amount and frequency of sweets, salty snacks and sugary beverages that they consumed. The main findings from the study are below:

Dietary patterns established in infancy influence the likelihood that an infant will become overweight later in life. While this is not destiny, humans are creatures of habit and change only comes with great determination and diligence. This truth rings true especially for eating habits, as eating is so integral social gatherings, holidays and other celebrations. One study showed that children who became obese as early as age two (2) were more likely to be obese as adults.3 Children who eat large quantities of sweets and processed foods will carry those habits into adulthood. This study, in congruence with the growing body of research on this topic, adds to the evidence that long-term good health starts in childhood.

Parents of infants and young children should strive to expose their children to as many fruits and vegetables as possible. It is through repeated exposure to a food that a child begins to develop a palate to enjoy the food, especially if the food is initially disliked. For more information, see the recommendations and resources below.

Parents of infants and young children should strive to expose their children to as many fruits and vegetables as possible. It is through repeated exposure to a food that a child begins to develop a palate to enjoy the food, especially if the food is initially disliked.

Help establish a love for fruits and veggies in children. Here’s how…