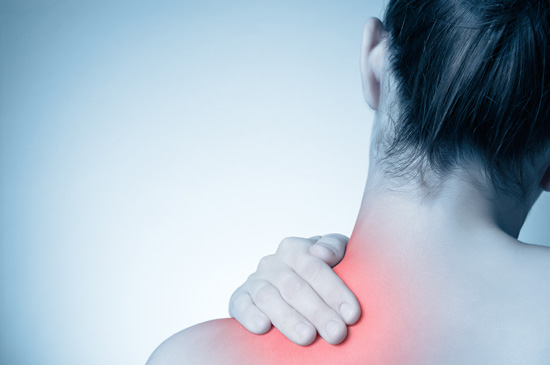 Different foods lead to varying inflammatory responses in the body. Some diets are protective against inflammation and other eating styles cause inflammation. Chronic inflammation can lead to reduction in bone density and may increase risk of bone fracture in adult women.1

Inflammation is the immune system’s routine, healthy response to a stimulus. It results when the body is trying to fight off something, such as bacteria or a virus, which could be potentially harmful to the body.2 Signs of inflammation may include redness, swelling, heat, pain or loss of function. Severe inflammation can cause fever, sickness and exhaustion. These symptoms result because the body is working hard and using a lot of energy to fend off potential harm. Inflammation also causes several chronic diseases that may last for years or even a lifetime. This happens when the body fights against itself by mistake, confusing its own cells for foreign pathogens. Inflammatory diseases include rheumatoid arthritis, Crohn’s disease and psoriasis.

A growing body of research shows that higher-quality diets help to strengthen or maintain bone mineral density (BMD). BMD refers to the amount of minerals, such as calcium, present in the bones. As the body ages, bones naturally become thinner and lose mass because bone tissue is broken down faster than new tissue is made.3 Weaker, lighter bones are more prone to fracture. It’s unclear, however, how inflammatory foods may influence BMD and risk of fracture.

The Dietary Inflammatory Index (DII) was developed to assign a specific inflammation score to a person’s diet. Each food’s unique inflammatory score is calculated based on the results of thousands of scientific research articles.

In a recent study, researchers evaluated the association of DII score and fracture risk in women. Participants in the study were from the Women’s Health Initiative Observational Study (WHI-OS), which is the largest study of postmenopausal women’s health in the history of the United States. The study included 160,191 racially and ethnically diverse women between the ages of 50 and 79 years of age, with an average age of 63 years. This study is longitudinal, meaning participant data has been collected every year since the study began in 1993. Most women participated in the study for about 11 years. Food frequency questionnaires were used to assess DII score. Data on fractures were self-reported and collected every six (6) months, either during a clinic visit or over the phone.

The results of the study show that women with the lowest DII scores (least inflammatory diet) lost significantly less BMD over the years. Women who were younger than 63 years of age and white with a high DII score experienced higher risk of hip fracture.

Results from this study highlight the importance of diet on long-term bone health. Women with higher DII scores, even at a younger age, were more likely to experience hip fracture. This risk becomes even more cause for concern with advanced age. While more research is needed, less inflammatory foods appear to assist in protecting and maintaining the integrity of BMD with age.