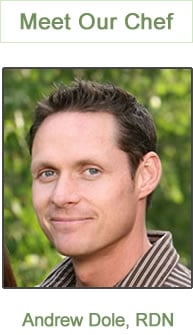 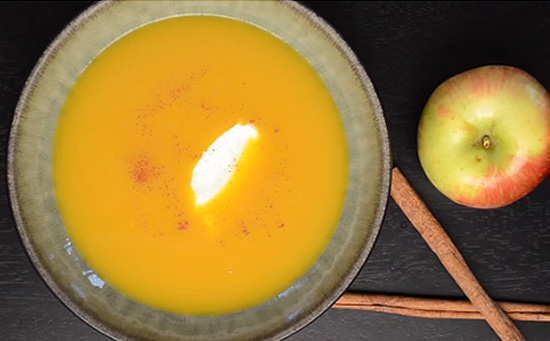 I am infatuated with the smell of cinnamon spice during the holidays. A few years ago my attempt to make lots of spiced pine cones for the house was an epic failure. Moving forward I decided to stick with something I could handle – buying candles and spiced tea. What does that have to do with this month’s recipe? First, this Cinnamon Apple Spiced Squash Soup is easier to make than spiced pine cones, by a lot. Second, teasing out a warm holiday flavor using a teabag adds a unique complexity of flavor.

Cooking with tea isn’t new. Tea infusion can be found dating back centuries throughout Asian cultures. However, today we aren’t limited to green and black tea flavors. Flavors like hibiscus blueberry, orange chia, blackberry mojito, and just about anything the imagination can dream can be made into a tea. The benefit here is that these subtle flavors can be extracted and used to create one-of-a-kind sauces, soups, or infused rice and grains.

This month I didn’t go any further than the local grocery store to get my spiced herbal tea, but that doesn’t diminish the power of the technique.

Sweat until onion turns translucent and ginger is aromatic.

Cover with lid and cook until squash is very tender and smashes easily.

Season with additional salt if needed.

Garnish with tbsp of yogurt and sprinkle of cinnamon.

NOTE: If soup is too thick, thin out with milk or chicken stock