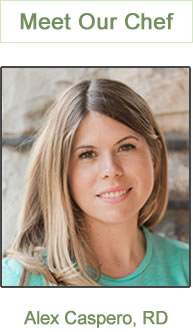 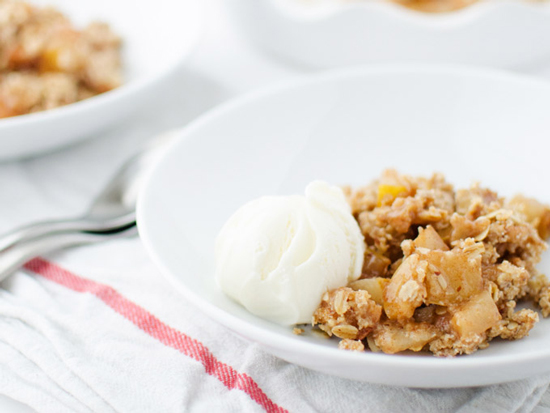 I was craving a warm dessert a few nights ago when temperatures were barely above freezing, and nothing sounded better than a fruit crisp on the couch with a movie. If you love apple crisp as much as I do, then you have to try it with pears. They’re so perfectly sweet they practically melt into the oat topping.

I didn’t set out to include so much ginger, but after playing around with different ratios I kept wanting more. The inclusion of extra ginger is unexpected, though definitely welcomed. For the pears, make sure they aren’t overly ripe since you don’t want them to fall apart when the crisp bakes. To keep things gluten-free, I’ve used rolled oats to create a quick oat flour base. Simply place the oats in a food processor and blend until a fine powder forms. Then, combine with the rest of the ingredients. 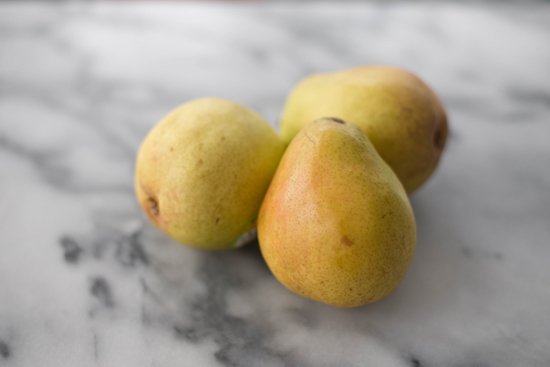 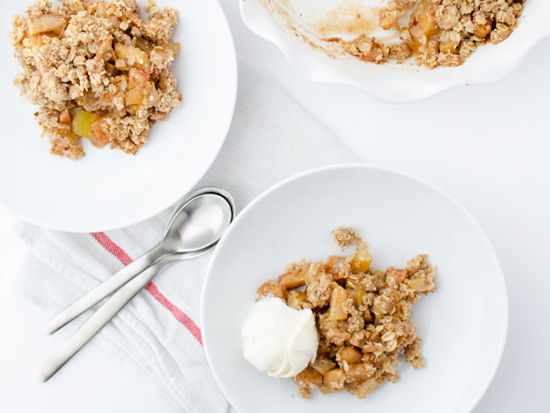